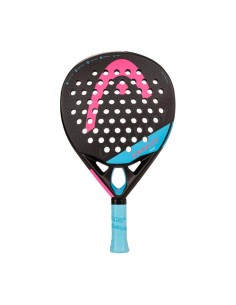 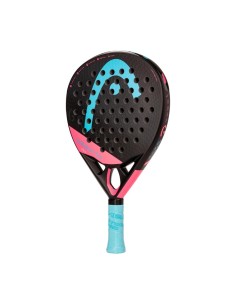 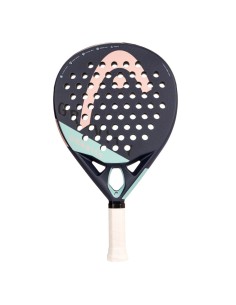 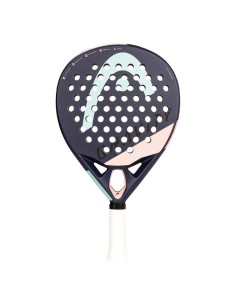 HEAD
9912
€108.00 €173.55 -NAN%
The HEAD GRAVITY MOTION padel racket is the lightest racket in the GRAVITY series. This difference in weight makes it more comfortable and more manageable.
View
Showing 1-12 of 50 item(s)

The first steps of the Head brand were in 1947, but it was not until the late nineties when the Head Padel line began.

Currently, Sanyo Gutiérrez is the main ambassador of the Head padel rackets. This exceptional player, has managed for the thirteenth consecutive time to be ranked number 1 in the world of paddle tennis rankings thanks to his nine victories in the World Paddle Tour and for having been proclaimed number one in the world by teams.

Grapheme. They are sheets of carbon one atom thick that makes it possible to use carbon with less weight and more rigidity. When used in the frame of the blade, greater stability and torsional rigidity are achieved. The end result is a more tolerant and powerful racket. This material can be found in Head padel rackets, such as the HEAD Delta Pro.

C: Ring. It is an elastomer placed between the frame and the rubber that increases the interaction between the two, providing comfort. If you want to buy a padel racket online with this technology, you must buy the Head Alpha Pro racket.

Ultrasoft Foam. It is a rubber developed from N2 rubber. With this rubber, it has been possible to increase the density and have a faster memory to improve the playability and the sound of the blows. This technology is present in a large part of the Head rackets from the collection that you can find in our store as one of the cheap head rackets thanks to the discount it has.

Flexible Chassis. Innovative formula for the construction of the blade based on the tubular construction, with the final purpose of achieving a smooth union with the rubber. This is made thinking about the different areas of the frame, adapting to give greater rigidity and flexion according to the needs of the area. Thanks to this, a rigid frame has been achieved in areas with high torsion and flexibility in areas where greater sweet oil and comfort are needed.

Anti Shock Skin. It is an additional protector that is placed on the frame of the racket, protecting it from the bumps and scratches that occur in all matches. This protector is a highly durable polymer sheet.

Save products on your wishlist to buy them later or share with your friends.

If you want, you can login through: